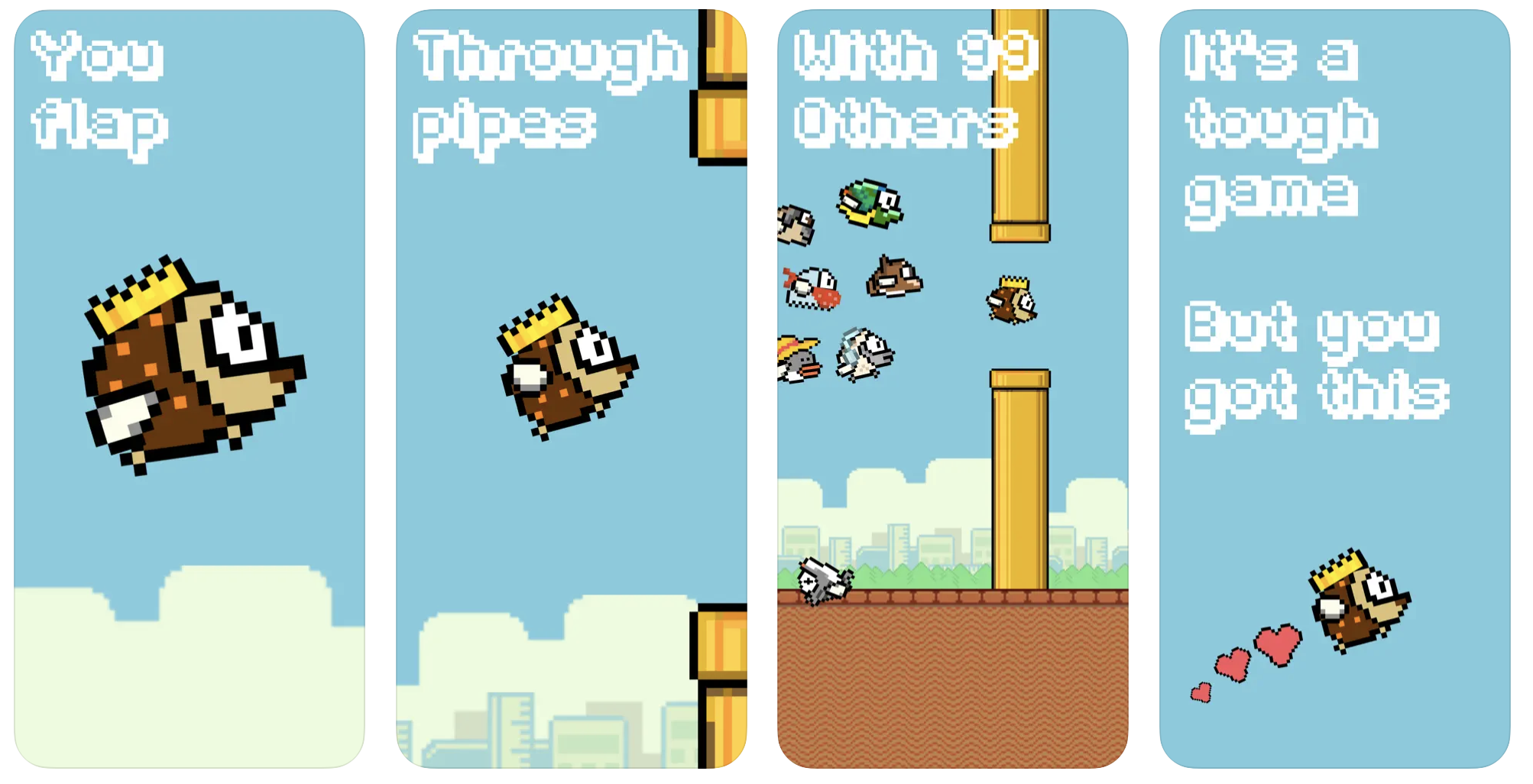 Designed with Orta Therox and Zach Gage, Flappy Royale is a battle royale version of Flappy Bird. You play a game of Flappy Bird with 99 other players doing the same level layout as you, and the bird who survives the longest wins. The game also features a daily challenge leaderboard mode, where you have five chances to get as high a score as possible playing the same static level.

The game uses a novel ghost-based asynchronous multiplayer system. When you play a given level, you are playing against recordings of the 99 most recent players to play that same level. This allows us to skip matchmaking queues (not viable option for a game that won't consistently maintain enough concurrent players for real-time matchmaking) or building a AI. It also emotionally captures the spirit of a real-time battle royale: the guarantee is you're always playing a unique match against recent players, even as the definition of "recent" will shift as the game's playerbase grows and shrinks.

Flappy Royale is the only Flappy Bird "clone" I'm aware of that attempts to perfectly mimic the game-feel of the original Flappy Bird. One part of building this was so that we could publish the source code as a sort of "reference implementation" of Flappy Bird.

The game went viral when we tweeted links to a public beta from our personal Twitter accounts, and very quickly reached over 200,000 DAU. Based off of that success, we signed a deal with Kongregate to manage our advertising.

Flappy Royale is currently available on the iOS App Store. We are temporarily not available on Google Play, but get in touch for an APK.